The Kingdom or the Girl?

In a primitive land filled with magic, witches and giants, a young musician named David is summoned by the king to chase away the nightmares that torment him, but the palace isn’t as safe as it seems. Demons haunt the king and two powerful foes—the Witch of Endor and a giant named Goliath—lead an army that threatens to enslave the country.

Princess Michal is drawn to David, but a romance with the poor musician is strictly forbidden.  Only by defying her father’s wishes and risking her freedom, can they be together.

To save the kingdom, David will need more than music; he’ll need defeat Goliath in a battle of champions. Only a fool would face the giant, but when David falls in love with the rebellious princess, his heart tugs him toward the impossible. As he steps into battle, he faces an unthinkable choice—either save the kingdom or be with the girl of his dreams. He can’t do both.. 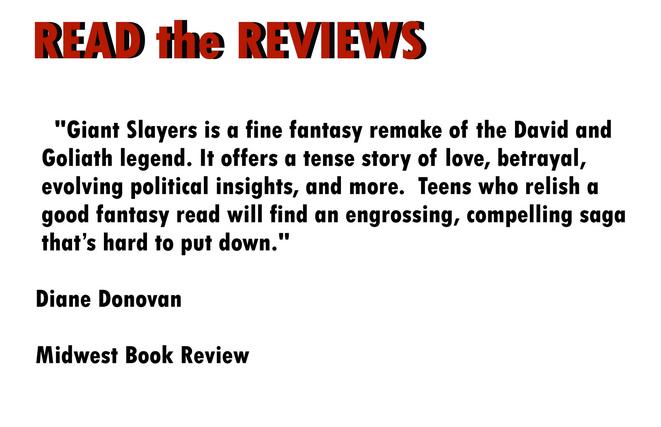 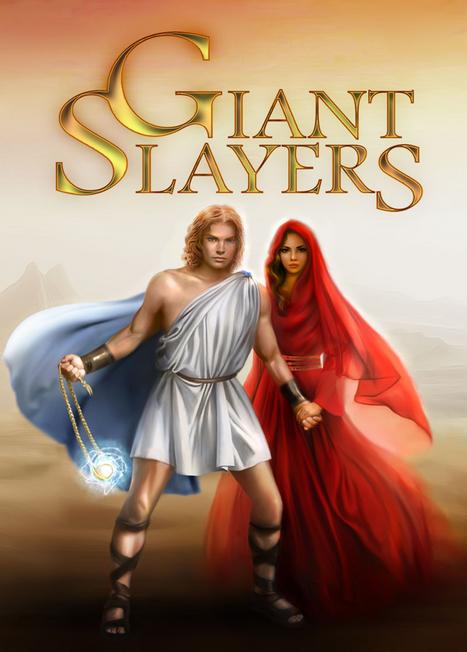 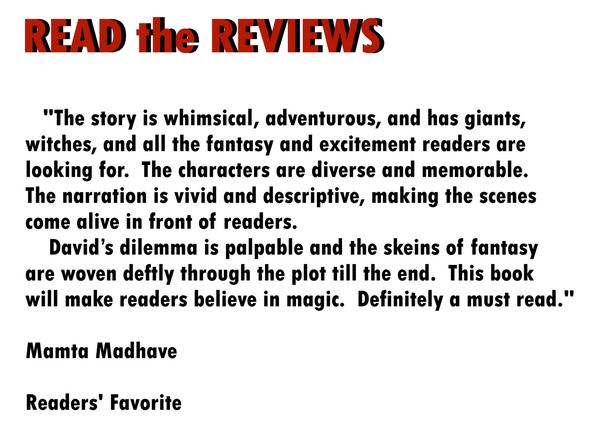 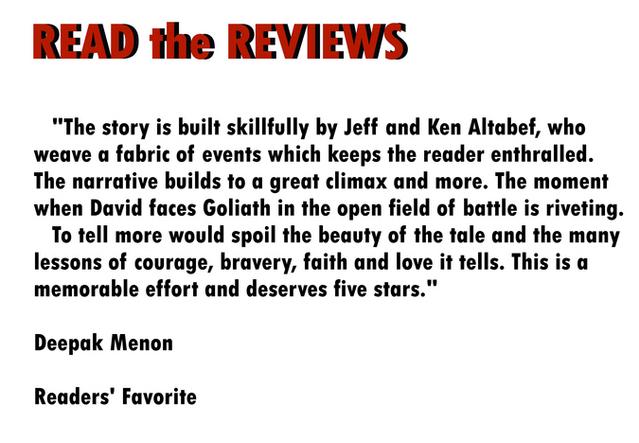